The All Party Parliamentary Group on Debt and Personal Finance published the final report of its Inquiry into the Rent to Own (RTO) sector on 10 February 2015.

Commenting on the report, Chair of the APPG Yvonne Fovargue MP said:

“Rent to Own Stores like BrightHouse charge inflated prices to some of the poorest people in the country. Customers are often obliged to take out additional warranties and insurance, as a result paying several times the true value of the goods.

“Many customers simply can’t keep up and the goods are taken back to be sold again.”

“RTO firms have been cashing in on people’s financial struggles for more than a decade. The FCA needs to act now to stop RTO customers from being ripped off.

The APPG is writing to the chief executive of the FCA, Martin Wheatley, to ask him to adopt our blueprint for reform. The regulator should act urgently to protect customers.”

What is the “Rent to Own” sector?

Rent to Own firms specialise in supplying furniture, TVs and basic household goods such as washing machines to low-income households. The three main RTO firms are BrightHouse, PerfectHome and Buy as you View. We estimate the three firms have combined customer base of more than 350,000 households.

1. The APPG received written and oral evidence from customers, consumer groups, the regulator and the firms themselves during its six month investigation.

2. A copy of the Report from the inquiry into the Rent to Own sector by the APPG on Debt & Personal Finance can be downloaded here, including executive summary and recommendations.

4. The FCA took over regulation of the consumer credit sector in April 2014. RTO firms have “interim permissions” but will have to assure the regulator that their business models are not harmful to consumers in order to continue to trade. The FCA announced at an evidence session of the APPG in December that concerns about the sector meant it would bring forward this assessment of firms from spring 2016 to summer 2015. 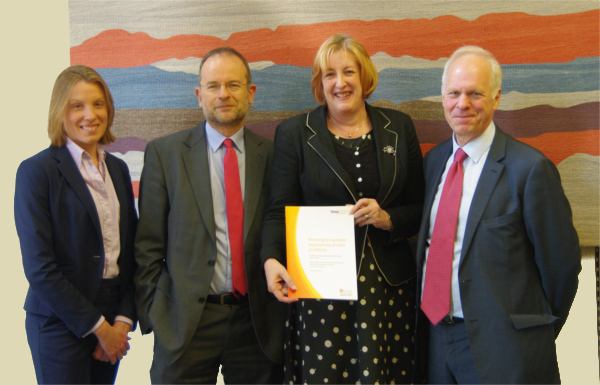