On 13 November 2017, the APPG on Debt and Personal Finance and the APPG on Poverty held a parliamentary reception to launch End Child Poverty’s new report Feeling the Pinch: Furnishing Your Home with Rent-to-own.

Yvonne Fovargue MP introduced the report which highlights the experiences of financially vulnerable families with high cost rent to own companies.

Laura Rodrigues from StepChange, one of the report’s authors, described how families unable to afford household items outright are forced to rent products like cookers, fridges and washing machines at extortionate rates of interest. Factor in the bundled add-ons and people are typically paying more than three times what the goods cost from a standard high street retailer.

Rt Hon Ed Miliband MP criticised rent to own companies for unfairly bundling additional warranties and insurances and their often dubious value. Mr Miliband recognised the FCA has taken some action on rent to own but said ‘tougher action’ is needed to tackle wrongdoing in the sector.

Mr Miliband joined the End Child Poverty coalition in calling for the FCA to bring in a price cap for rent to own. This should encompass the total costs charged for goods as part of an overarching protection against unfair costs.

Kevin Hollinrake MP, Chair of the APPG on Poverty, echoed these concerns, pointing out that families who can least afford it are paying a hefty poverty premium. Mr Hollinrake pointed to action the Government has taken on the national living wage to improve household incomes; however he agreed that Government and regulators needed to do more to give low income families a way out of poverty and destitution.

Baroness Tyler, Chair of the House of Lords Financial Exclusion Committee called for better alternatives to high cost credit. Her committee had produced a wide-ranging report on these issues and she highlighted strong cross-party support for tackling problems across the high cost credit sector.

Christopher Woolard from the Financial Conduct Authority laid out some of the FCA’s main achievements in tackling unfair lending practices since 2014. The FCA has secured £700 million worth of redress for consumers from firms across a number of sectors in the last three and a half years. Most recently, this included a £15 million package for 250,000 customers treated unfairly by the largest retailer in this sector, BrightHouse.

Mr Woolard highlighted the FCA’s high cost credit review and said that a rent to own cap would be hard to introduce ‘but not impossible’ and was still something the FCA was looking at. Mr Woolard also raised concerns that the market wasn’t offering low income families more sustainable credit options.

Judith Cavanagh from the End Child Poverty Coalition highlighted how the number of children living in poverty is growing. One of the reasons is cuts to vital assistance, including the halving of interest-free credit support provided by the Government’s Social Fund. Ms Cavanagh said this was driving people to dangerous high cost credit and called for MPs and Peers to continue to work with ECP to campaign for important changes on these issues. 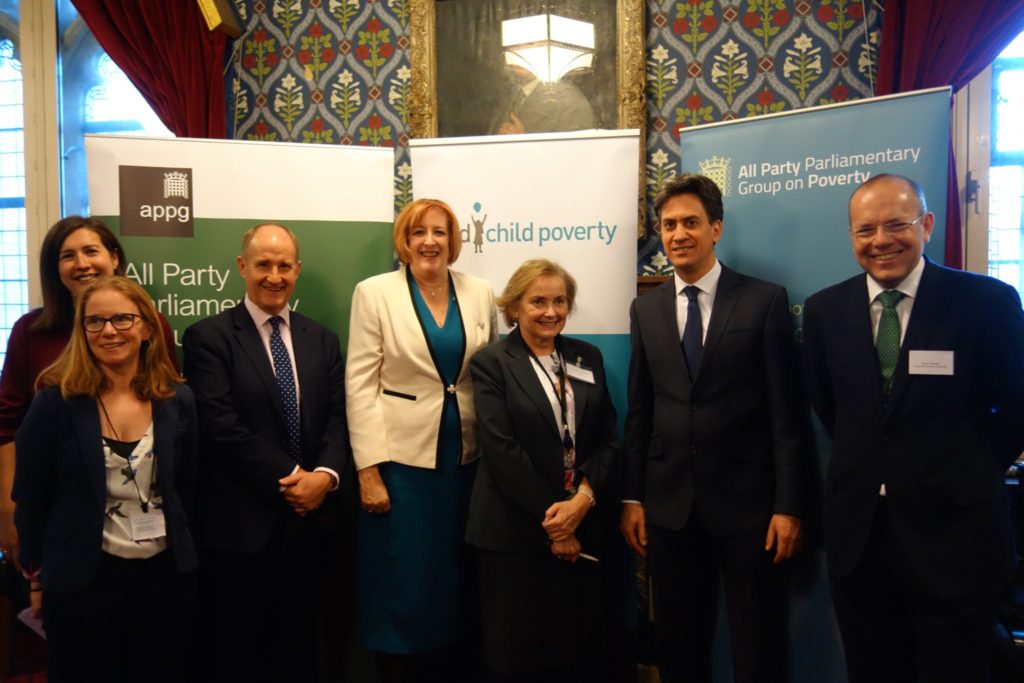