On 3 March 2016 the APPG held a joint meeting with the APPG on Credit Unions to discuss how the Government can help low income groups to save.

Robin Walker MP introduced the event, citing the Prime Minister’s speech in January announcing the Government’s intention to launch a ‘help to save’ initiative at Budget 2016. He remarked at how he was struck by the transformative power of small scale savings for people’s life chances.

Yvonne Fovargue MP said she was glad the Government was looking at how to help low income households to save after many years campaigning on this issue. She stressed that any scheme would have to take account of the pressures and challenges that low income families face. In this respect she noted the importance of tangible rewards for savings.

David Haigh from Money Advice Service said that while income is a key driver of savings, evidence suggests that attitudes and behaviours are just as important. He noted that any scheme to promote savings should encourage positive savings habits and support people to meet their own individual savings goals. He said different approaches should be trialled and evaluated before being rolled out.

Mark Lyonette from ABCUL highlighted two different ways credit unions promote savings: payroll deduction in the workplace that make saving as easy as possible; and providing opportunity for account holders to save a small amount while repaying loans. Several credit unions have been recognised by the Fairbanking Foundation for “save as you borrow” type products.

Paul Jones from LJMU spoke about the need for people to save for predictable annual outgoings – such as Christmas – via credit unions. Credit Unions are working on a shared Christmas savings scheme which would involve developing a national brand presence and negotiating a discount with major retailers in order to boost the benefit of the scheme for savers. His research concluded that such a scheme would be feasible if it has a sufficient focus on a diverse membership and provided there was a small initial investment.

Finally, Mike O’Connor from StepChange Debt Charity highlighted that the country had crossed a rubicon in recent years by making saving compulsory through the auto-enrolment of pensions. Mike said StepChange Debt Charity would like the Government to provide a ‘top-up’ early on in people’s savings journey so they would be able to build an adequate savings buffer or ‘rainy day fund’ against future financial shocks.

The meeting opened to roundtable discussion. Lord Hunt of the Wirral suggested prize-linked savings should be explored – perhaps through a revamp of premium bonds.

Joanna Elson from Money Advice Trust highlighted recent changes to the Common Financial Statement that meant people in agreed repayment plans would be allowed to put away a small amount in emergency savings while they repay debts.

Sian Williams from Toynbee Hall spoke about the importance of clear messaging and a clear focus on the types of savings any new initiative was aimed at.

Roger Marsh from the Bank of England (expressing a personal view) highlighted the importance of effective distribution networks and cited the Post Office network in this regard. It was noted that discussions have taken place about credit union services being made available in the Post Office and that the Cornerstone platform may allow this.

Mike Kane MP highlighted the role he had played in supporting his local credit union in Manchester to engage with the local NHS trust for a payroll deduction partnership.

Robin Walker MP noted payroll saving is already supported through the MOD and the DWP and suggested that all Government departments should support the provision of payroll deduction via credit unions.

Robin Walker MP and Yvonne Fovargue MP agreed to summarise the main points from the meeting with representation from the two APPGs in a joint letter to the Chancellor. 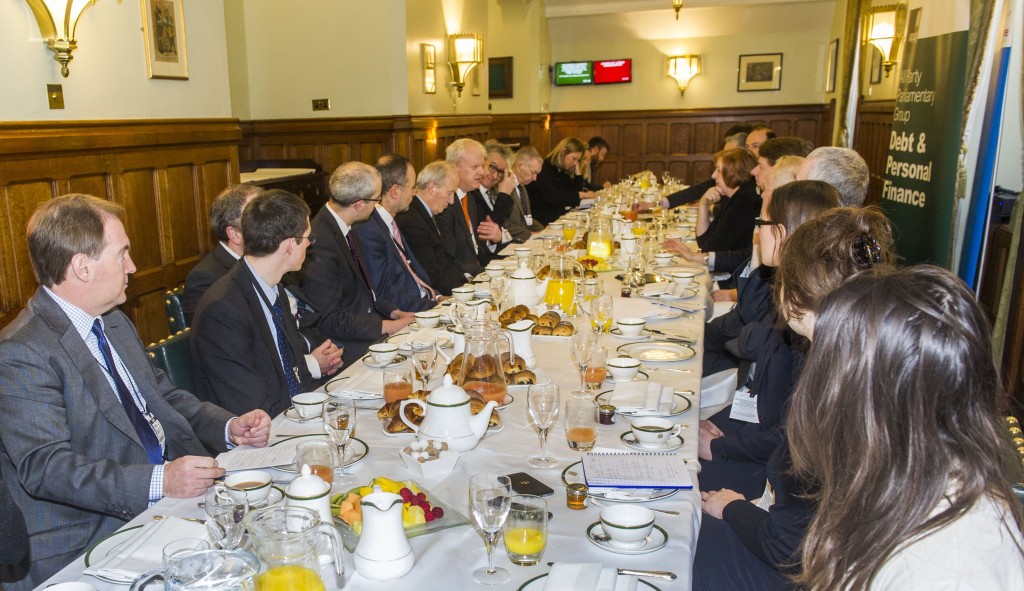